The Countess was born at a perilous time in Berlin, Germany before WWII. Her aristocratic family was forced to leave Russia before the 1917 Bolshevik Revolution or they would have been imprisoned and eventually killed. Being Russian in Germany was not advisable so once again her family was forced to move to France where she was brought up. Being subjected to persecution and turmoil at such a young age left a lasting imprint on the Countesses mind and heart. 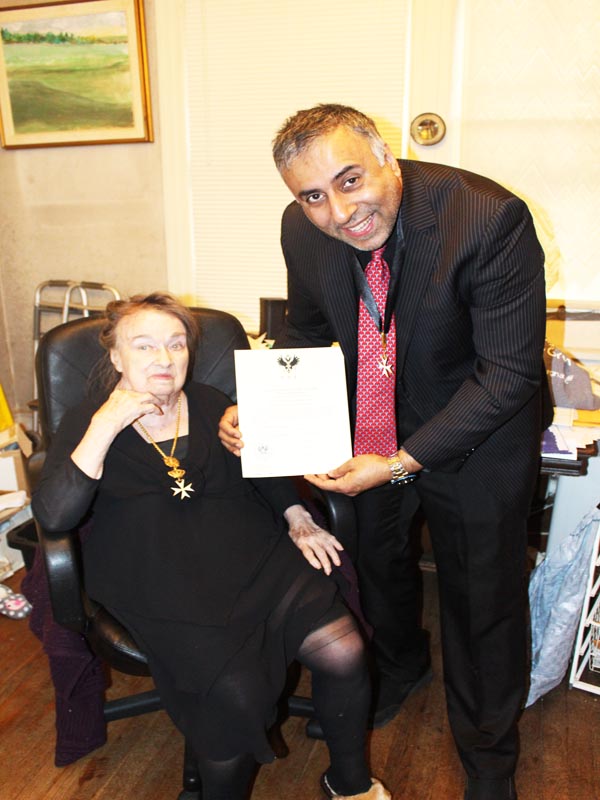 Upon arriving in this country she worked as an interpreter for a highly respected French political VIP, taught at two colleges for several years and had two books published. She also was involved in social affairs as a member of the US social register. In her spare time she created the Russian Nobility Ball which was held at the Waldorf Astoria Hotel for many years. 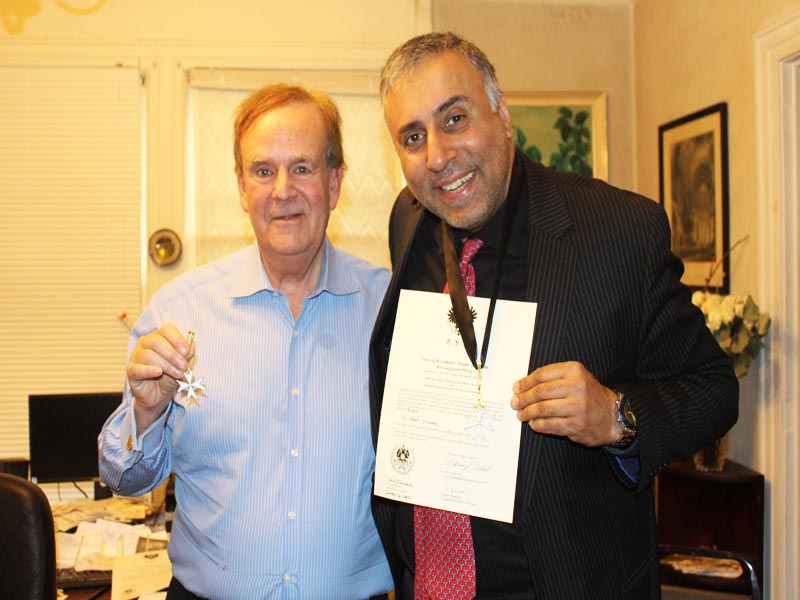 Her life in philanthropy spans the globe and as Grand Chancellor of the UN NGO Division of the Ordres des Chevaliers Hospitaliers de St. John de Jerusalem which is currently serving children’s welfare & advocacy in 14 Priories around the world. This ancient Order is the continuation of the Hospitaller tradition of the Sovereign Order of the Knights Hospitaller of St John of Jerusalem.

This Order started in the early days of the crusades when a group of Knights established the first hospitals in Jerusalem for the sick and wounded.They served all people regardless of race, religion, or status- the well to-do and the poor alike. The Russian Count, Nicholas Bobrinskoy (Tatiana’s husband) was the great, great Grandson of Catherine the Great served as the first Grand Prior in the United States.

Currently Countess Tatiana Bobrinskoy is still serving in her mid 90’s as the Grand Chancellor of this lustrous Order.The Countess has expressed many times” I still have much to do”. 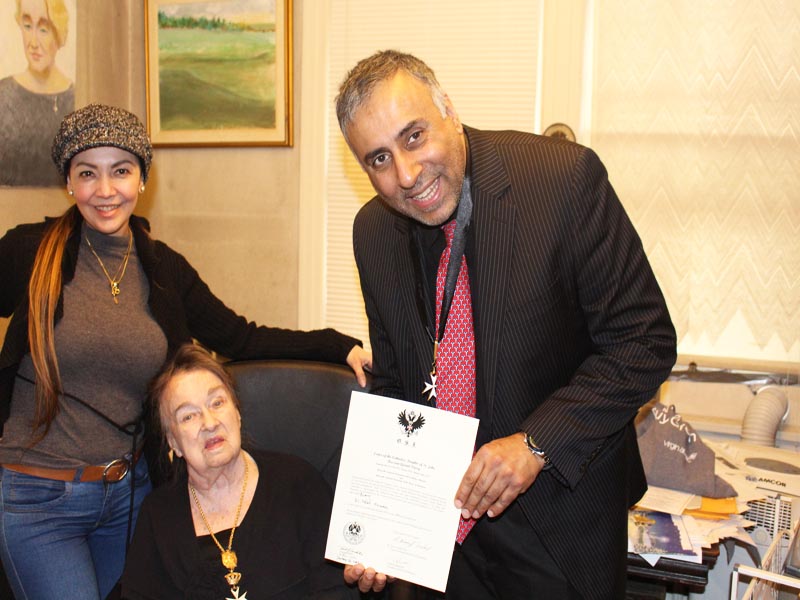 Truly the Countess is a legend in her own times, and is a true humanitarian of the world. My dear friend the Countess has been my inspiration and mentor these past years on my inspired journey to produce the WWI Miniseries, ”The 42nd Rainbow Division” since arriving in NYC over 4 years ago!

My name is Alan Sands, creator, writer, producer, of the “42nd Rainbow Division Miniseries Project!  I’ve always wanted to raise entertainment to a higher level of excellence and social consciousness. My creative goal is to not only entertain an audience but to educate, empower, and engage this same audience to make the world a better place for us all!

As we all know WWI was supposed to be the “war to end all wars”! My ultimate goal is tochange the acts of war into the ideals of peace for all the nations of the world! With this said Im connecting the past to the present so we can forge a new path for the future! This is why we are developing the international “Keepers of the Peace Sister School Program” which will breakdown the cultural barriers of the schools participating in this momentous program. To accomplish this aim we are going to be pioneering “Augmented Reality” technology which will revolutionize the entertainment industry by humanizing and personalizing our audiences viewing experience! Our enemy today is not other nations but the climate crisis! We are developing a curriculum for our Sister School Program which will focus on climate change and the implementing of  various programs in local communities of the various  schools participating in this program. The future of our planet earth lies in the hands of this generation! 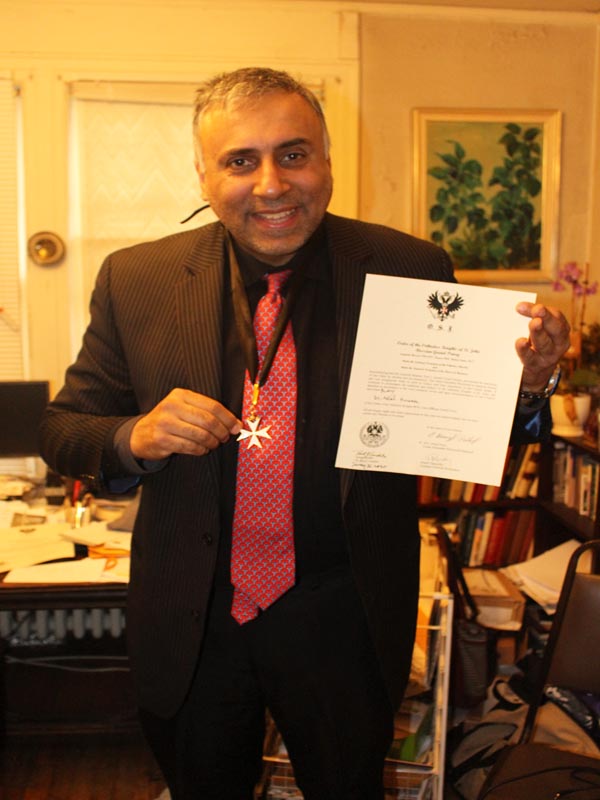 Dr Adal Holding up his Certificate & Medallion as a Knight

As a recently inducted Knight into the Order of St. John it is my personal mission to utilize and partner with the Orders Priories all over the world to help children who have become victims of the climate crisis because of flooding, fires, droughts, heatwaves, and becoming migrants needing to leave their homes in search of food and housing in countries including; the Philippines, Bangladesh, Malaysia, Indonesia, Nepal and Africa.

We also will be working closely with the “World Harmony Foundation” and “Humanitarians of the World” to raise awareness of these disasters happening now all over the world with the industrial nations so they can provide the much needed funding and policies to help the underdeveloped nations combat climate change who are experiencing the catastrophic effects of the climate crisis! These global disasters are only going to get worse unless we lower the carbon pollution in the industrial nations who are contributing the most to this greenhouse carbon pollution problem. 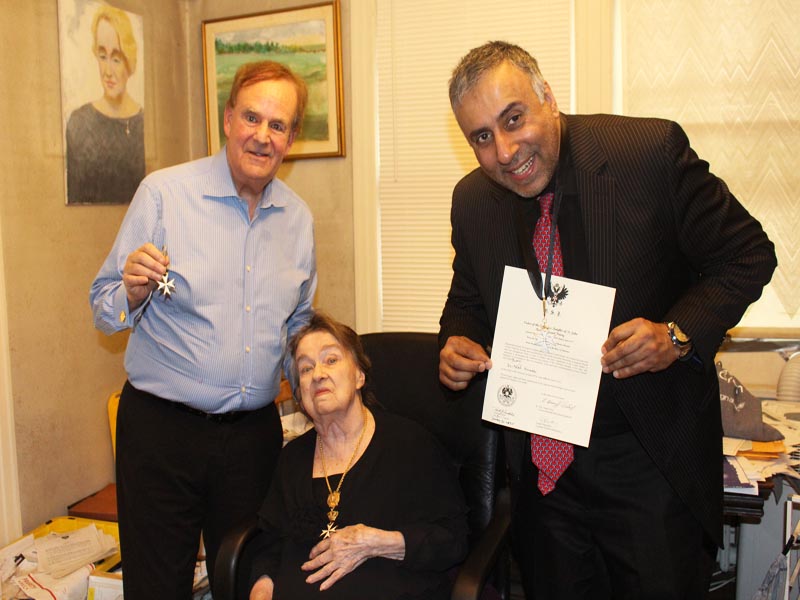 It’s important to note in closing that Frank Lieu & Jean Marie Edwards who are the co-founders of “The World Harmony Foundation” have already been inducted in the Order months ago and I am pleased to report that Dr Adal Hussain, co-founder of “World Liberty TV” & “Humanitarians of the World Inc” to honor his extraordinary lifelong dedication as a humanitarian has just recently been inducted into the Order of St. John. We are so thankful to be working with their globally respected organizations in our efforts to make the world a better place. 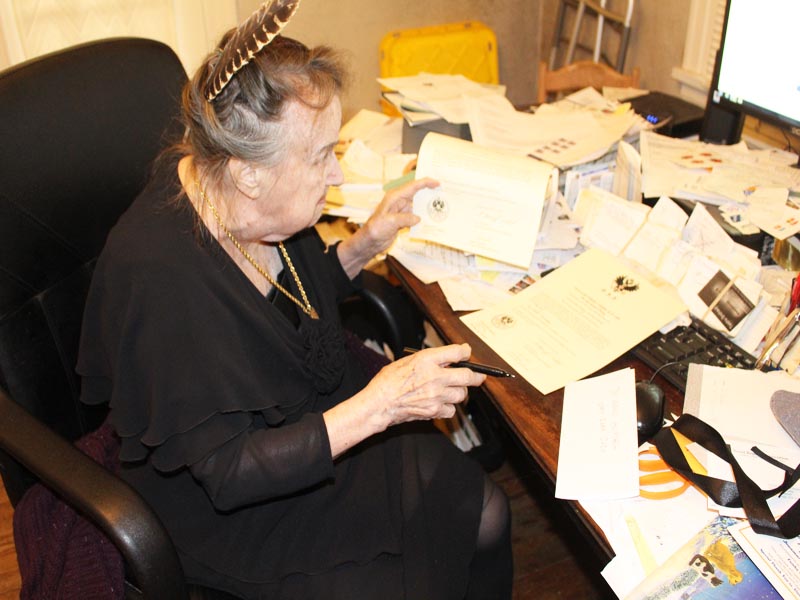 Dr.Hussain, has been honored close to 400 times around the world for his service to humanity, he started at age 10 and been doing Humanitarian work around the world for over 42 years, and helping over a million people, kids, orphans, children with disabilities, homeless, needy and many more Humanitarian projects .He has not taken any money for his services with the 42 years he has been working as a humanitarian, as he says he does it for the love of God.

On Sat November 7th 2020, Humanitarians of the World Inc, will have their 1st Annual  HOTWINC, Hall of Fame inductee ceremony, Dinner and Gala. where we will join forces and make official announcements of partnerships of Humanitarian organizations , Like Humanitarians of the World inc, Countess Nicholas Bobrinskoy ‘s  the Order of the Orthodox Knights of St. John, “42nd Rainbow Division Miniseries Project and Keepers of the Peace Sister School Program, headed by Alan Sands., and World Harmony Foundation, co-Founded by Frank Lieu & Jean Marie Edwards. 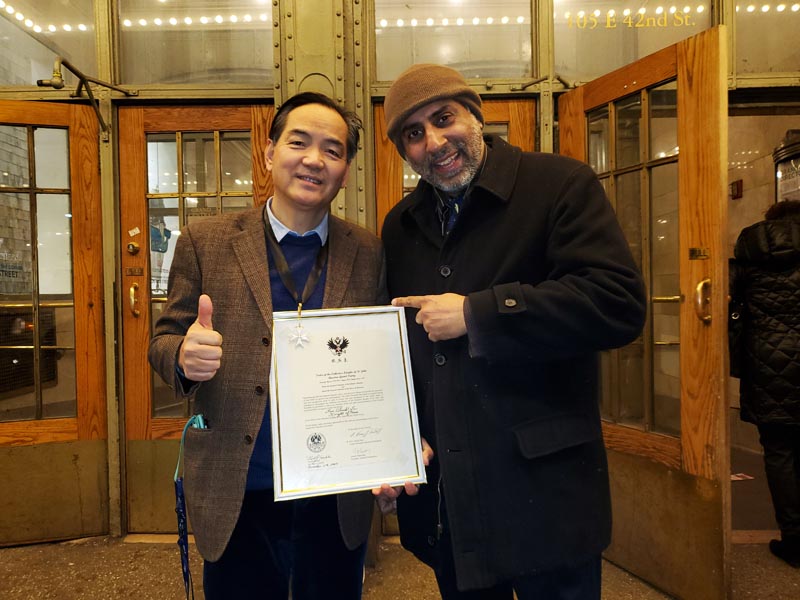 The purpose of the partnership is to help and serve people in a bigger capacity from the Humanitarian angle, and utilize each and everyone’s service to help people that need to be helped throughout the world.