On Sun Aug 16th 2020, we went to the Upper Westside, from 72nd Street to 79th Street and Broadway, to find out what was happening in the neighborhood. We read many reports in the media and social media, that a lot of folks living in the area, were homeless temporally, placed by City in hotels, for a period of 6 months, mostly single men. 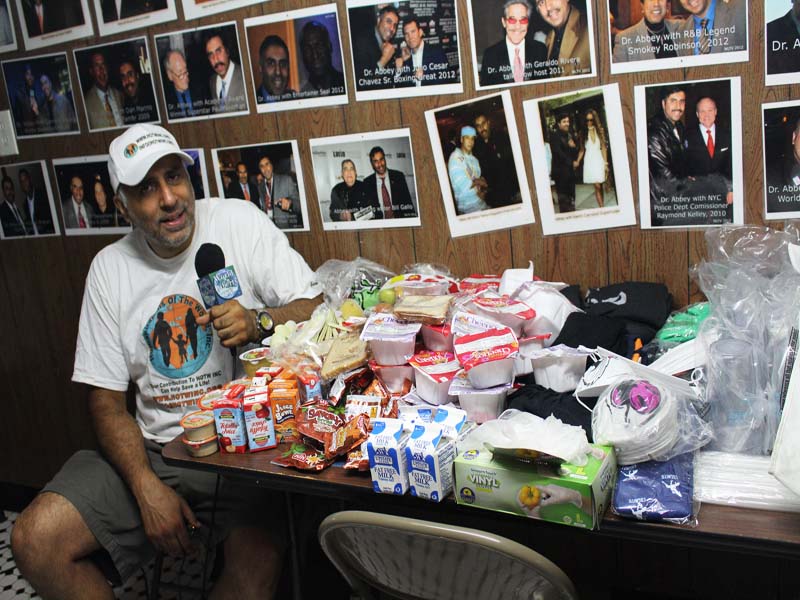 The Area residents who spoke with did not want to be on camera, or have their name mentioned, told us that the homeless is an issue, a lot of them are using drugs, drinking on the streets, panhandling on each corner, one of the people you see in the video interview mentioned one of the homeless person’s broke her stores, window with a brick. 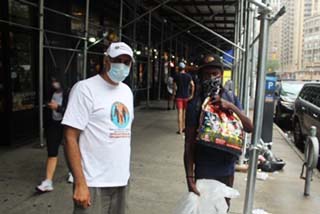 Another business owner told us 5-6 homeless people hang outside her store, and use the street internet, which is located right across here store on a regular basis, and a lot of the customers and foot traffic has stopped due to them hanging out in front of the store.

Few other business owners told us a lot of people are going and shopping elsewhere, and there business is down another 25%, due to the homeless moving in the area and hanging out till late day and night. 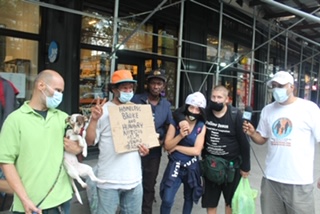 We also spoke to many homeless people, who were staying in the hotels, few of them told us that , they understand the concern of the residents, that they are getting g many people coming in their neighborhood at once, and they are not used to all this.

Nick who has MS, told us he comes to the store to buy coffee walk a little and then go back to his hotel room where he watches TV and goes to sleep, he does that day in and day out, he also went to tell us that the food the city was serving , was terrible and tasteless. 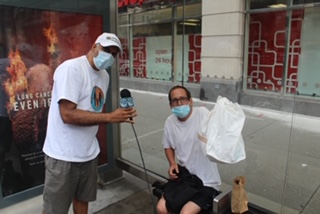 Then we met Rico , a young Hispanic male, who told us, that he was moved from the Bronx, to the Upper West side,  temporarily he was married with 3 children, he lost his job as an painter with an construction company, and now he is trying to get his life together.

We also met an older man Cee Cee, who lost his job to smoking crack, and his family left him also because he could not kick his cocaine addiction, he said he still smokes crack, but is getting counselling and he told us , he would one day like to be Drug free. 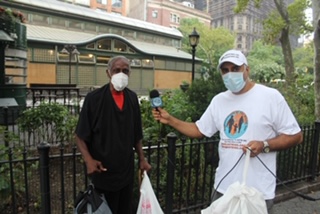 Them we met a couple, from Philadelphia, who moved to New York city for the past 4 years, they have been living and sleeping in the park located at 72nd St and Amsterdam ave, they go all over to New York City , begging for money , eating in soup kitchens and pantries.

Next was kiki, who worked as an waiter, he lost his job during Covid-19 and ended up on the streets because his family did not want to help him, with shelter. So he started living on the streets of New York City. Kiki also told us he went to an shelter, where he was robbed at knife point, where his little money, clothing and a silver chain was taken away from him, he is very scared to go to the shelter after that kind of experience. 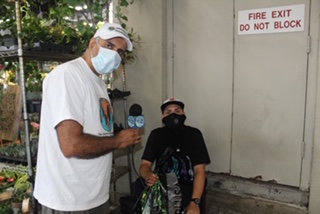 We met an teenage boy named Hudson, who became homeless after his mother died, and his father did not want to take care of him, because he was using drugs, and had drinking issues, Hudson went on to tell us, he left New Jersey, 5 months ago and moved to New York City, where he has been sleeping on the streets. He goes to different corners of New York City, with a cardboard sign saying “Please help I am hungry and Homeless, Everything will help, Thank you. He says the little money he gets he buys food and basic necessities, to survive.

Joseph moved from Connecticut, with his dog, his story is that his house burned down and had nowhere to go, he also told us he had an Alcoholic problem and still up to this day he does, he feels very depressed, he has a sign and a cup where he begs for money, he told us people are very nice to him, because his Dog, smoky, is very social people pett him and then they end up leaving him small change in his cup. 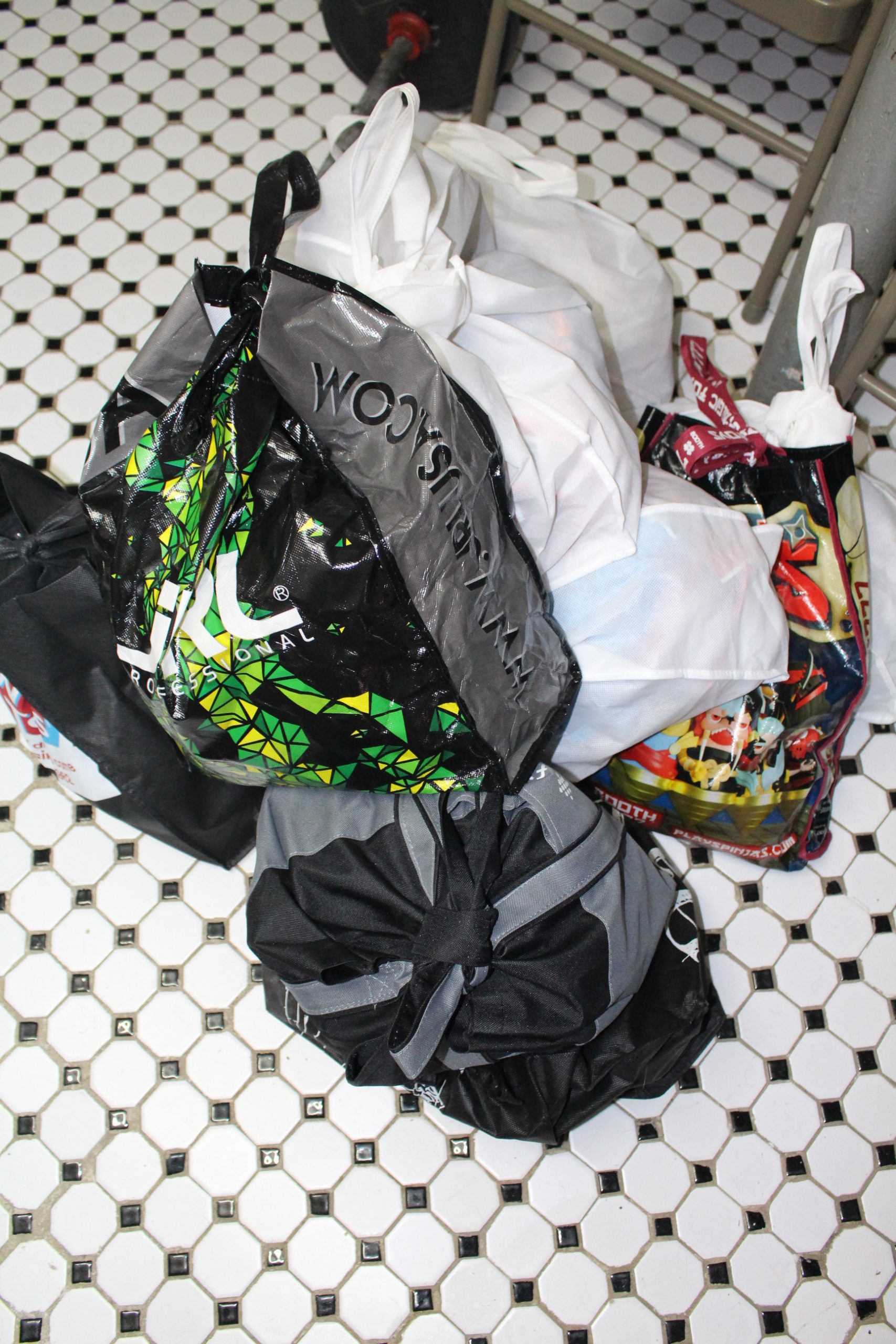 Gift bags given to Needy and Homeless

We met many people, who were down on their look, they were placed by the City, in that location. And most of the people would have been happy staying in an hotel in their own boroughs. They were very scared about the media coverage and what the residents were saying about them, not all of them are Alcoholics, Drug users, or criminals.

A lot of the people we interviewed seemed very nice polite people, who were down and out on their luck. And just needed a chance so they can move on with their lives.

Humanitarians of the World Inc, (Hotwinc), distributed bags of food and basic necessities  to close to 30 people who were homeless, living on the streets and needed immediate help. Since COVID-19 , Humanitarians of the World Inc, has distributed close to 300 bags to 500 people , Homeless , Needy, People who lost their jobs due to Covid-19, families who have kids and its difficult to support there kids. 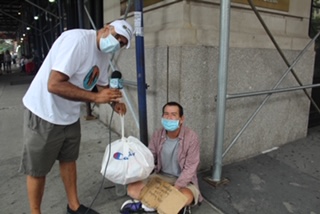 We want to thank many of the people who contributed , Food, Bags, Masks, Plastic Gloves, Cereals, Milk, Fresh Juices, fresh produce, tee-shirts, hats, socks and many many more items., to our Humanitarians of the World Inc.

We at Humanitarians of the World Inc, need immediate monetary contributions, so we can continue our Humanitarian projects throughout New York City, helping the neediest of the need. You can contribute anything from $5 $10 $20 $30 $50 $100 or if you are in an better financial situation you can contribute more. 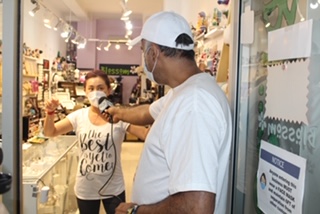 Please remember our Motto: “YOUR CONTRIBUTION TO HOTWINC CAN HELP SAVE A LIFE!”  to contribute to Humanitarians of the World Inc, by clicking here .